One of those blog memes has passed my way due to my getting tagged by MDM. So: 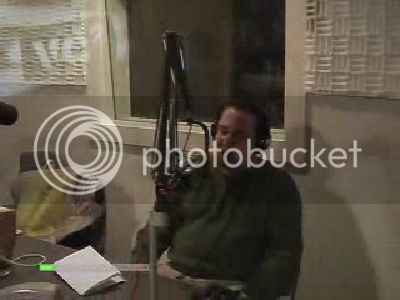 Last December, Current TV aired a 6 minute documentary on cable and online about the humanist Christmas and Hanukkah ripoff winter holiday Humanlight. It shows a good slice of the New York/New Jersey humanist culture, and portrays sympathetically humanists' attempt to carve out a space for their worldview. Equal Time for Freethought radio host Neil Murphy is shown in action at the studio, being amusingly described as a "talk show host" at a "liberal" network (which I can wish would actually show awareness of classical liberalism). Other prominent local humanists featured include ETFF staff Tim and Lisa Ridge (with a personal look at their holiday customs) and Humanlight co-creator Joe Fox.

The video diverts a good deal to cover the pointless "war on Christmas" pseudo-controversy, with some suitably obnoxious ranting from the Catholic League's William Donohue, who has also recently blustered against The Da Vinci Code and the South Park episode "Bloody Mary". The video shows very little about the content of humanism (or even what its beef is with Christianity), and in particular doesn't come off as all that different from the Jewish experience of marginalization from the larger culture — although one could argue that humanists' exclusion is compounded and taken further (especially among the contingent of lapsed Jewish humanists). And I'm pretty ambivalent towards the new-media model of Current TV itself: there have been good critiques of the network by Douglas Rushkoff and Jesse Walker, and the explosion of truly decentralized media has been utilized by the likes of Brian Flemming. (The online video also has one of the most obnoxious features of the TV medium: the ad, with motion no less, superimposed on the corner of the screen.)

These caveats aside, the video is well done and a small victory for publicizing humanism.
Posted by Joel Schlosberg at 3/12/2006 11:33:00 PM No comments: