Showing posts from 2019
Show all

letters to the editor roundup 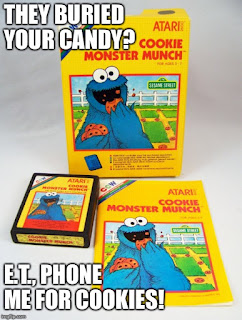 Wouldn't you know it, today is National Grouch Day on a week in which ToughPigs.com is running a contest to make memes based around Sesame Street pals Ernie and Bert. So I'll make up for not yet linking to their past contests which yielded a trash bin of Oscar the Grouch memes and, a bit farther down the street, a cookie jar of Cookie Monster memes . Both compilations of humorous image-caption combinations include submissions by this very blogger, who may not have found his way to Sesame Street (or won the contests) but was able to indulge in dated references to everything from Atari 2600 games to Arnold Schwarzenegger one-liners to the Lazy Sunday SNL skit.
Post a Comment
Read more 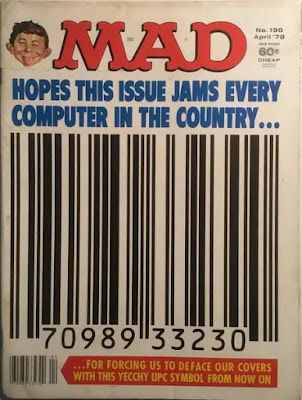 The current issue of the Queens Chronicle  newspaper has a letter to the editor by yours truly about the latest of the MTA's bad decisions endured by NYC transit riders.  I kept it as concise as possible for print, but on my own blog I can try to expand a bit on why the removal of QR codes was so particularly annoying: It takes a bit of technical know-how to explain what exactly QR codes actually are — they're sort of like an Internet-connected update of bar codes for the wireless age — but their removal eliminated the benefit they had for riders who knew how to use them, without any countervailing gain for those who don't. The QR codes linked to significantly more useful and accurate schedule information than could be conveyed in the static schedules that were phased out for supposedly being too costly to maintain, and can keep access to up-to-date info  without  needing the physical printout to be replaced: each code is tied to a webpage link which not only can
Post a Comment
Read more When I read a quote by the founder of a Queens film festival asserting that its movies weren't "low-quality – like avant-garde, silent film, black and white – something that mass audience wouldn’t care to see" I just had to write in to explain just how many audiences such "low-quality" films were attracting in NYC,  and my reply made it to the  pages of the July 25 issue  of the Queens Courier :
Post a Comment
Read more

April 01, 2019
Well, I didn't intend for three full months to pass since I last blogged here for New Year's Day.  My intended returns to regular blogging, on the other hand, have never really worked out in the past.. but I may as well drop in on the one day nobody believes anything they read online anyway.
Post a Comment
Read more

slogans from Eric Eldred's campaign to overturn the Copyright Term Extension Act  Never thought I'd live to see today... the day on which new works enter the United States public domain. In the mid-1990s, it still seemed to be a routine matter for copyrights to expire on older work, with the occasional news story about which works of 1920, 1921, and 1922 were becoming free for all to access, publish and adapt . Then in 1998, 20 years were added to all existing copyrights, after copyright holders realized they could simply lobby for increasing the lengths of existing copyrights that were about to lapse (as opposed to the gradual lengthening of how long copyrights will last on new works). Eric Eldred's taking to court the unconstitutionality of such potentially-perpetual retroactive delays (which pretty clearly contravene the Constitution's statement that such terms shall last "for limited times") resulted in the Supreme Court upholding them in 2003.
Post a Comment
Read more
More posts