Barry Seidman on the religious left

My friend Barry Seidman's article "A Critique of the New Religious Left" has been published on truthdig, "[i]n the tradition of Sam Harris", the popular author of The End of Faith whose "Atheist Manifesto" was previously published on the same site. As the title suggests, Seidman's article examines the attempts associated with people like Michael Lerner and Jim Wallis to tie left-wing politics to religion, which often involves a glossing over of the flaws of religion and a contemptuous downplaying of secularism as a source of social inspiration. In doing so, he utilizes the strong critiques of religion, including moderate religion, associated with people like Harris, Hector Avalos (whose book Fighting Words: The Origins of Religious Violence is extensively cited), and Brian Flemming. There's also a nod to Carl Sagan's inspiring scientific insight that "humanity is the universe’s first successful attempt to understand itself" and a brief presentation of the positive aspects of the "naturalistic left" and the often-downplayed consequences of naturalism on human behavior (which as of now seems to have inadvertently been removed from the article):

By naturalistic left, I am referring to the core of scientific humanism. Naturalism holds that human beings are fully included in nature, that we are connected and united in each and every aspect of our being to the natural world. There is, under naturalism, nothing supernatural about us that places us above or beyond nature. Naturalism as a guiding philosophy can help create a better world by illuminating more precisely the conditions under which individuals and societies flourish, and by providing a tangible, real basis for connection and community. Therefore scientific humanism, built on—among other things—naturalism, represents the binding social, political and cultural thread that can unite people of different cultures, beliefs and values into a common framework of respectful co-inhabitance, while at the same time articulating a vision of a shared humanity in which all the peoples of the world can prosper.

The article isn't perfect. While it's welcome to see the sort of historical critique done by Avalos introduced to a wider audience, it doesn't quite gel with a critique of the messy world of modern politics, in which secularists have to work with religionists while maintaining their own marginalized position ("There is an old Vulcan proverb ... Only Nixon can go to China"). Moreover, overly relying on Biblical analysis opens the door to valid critiques, such as Katherine Yurica's, that the article is itself being too literal-minded. Wallis's 2004-election-aftermath book God's Politics, a main focus of the article, is not substantive enough for a weighty critique, as well as already being past its expiration date; see Leora Bersohn's critique, which is sympathetic to Wallis's point of view, for a definitive takedown on the book's sloppy writing and weak reasoning. Much of the psychological analysis of religionists who "have not been able to mature past the need for a “parent figure” or "put away its childhood toys" is condescending.

Still, the article was more than enough to spark a discussion of an issue usually ignored. The dialogue between Seidman and readers in the comments section runs to over sixty posts, including everything from nasty dismissal ("Lord preserve us from Hebrew 'scholars' who don’t know s*%t from shinola") to enthusiastic support, such as Stephanie Ferrera's comment that

This reminds me of a statement Edward O. Wilson made at the Georgetown University Bicentennial in 1989: "I submit that humans are exhalted not because we have risen so far above the other species, but because understanding them very well elevates our very concept of life." Seidman captures precisely the position that I have been trying to define that I call "naturalistic spirituality." Thank you! 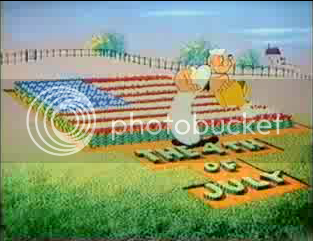 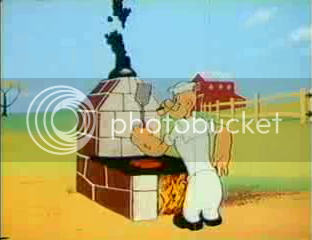 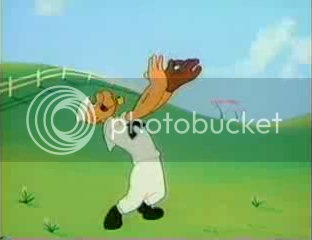 A number of classic cartoons that have fallen into the public domain are available on Archive.org. One that's appropriate for the season is the 1957 cartoon Patriotic Popeye, featuring America's favorite sailor (and two of his nephews) engaged in summer pastimes.