The Wobblies on DVD

Today, Stewart Bird and Deborah Shaffer's 1979 documentary about the legendary radical union Industrial Workers of the World, titled simply The Wobblies after the IWW's nickname, is being released on DVD. Last November, I saw the film at the Film Society of Lincoln Center (it was sweet to see a leftist documentary in a "real" movie theater).

The film successfully captures the spirit of the IWW; the energy and avoidance of a static "talking-heads" feel is all the more remarkable given the limitations and age of the material available. The interviewees from the original era of the IWW in the early 1900s were by that time in their 80s and 90s, yet vividly conveyed their many-decades-old memories. The use of original documents and archival footage from the dawn of motion pictures was equally effective, conveying the social turmoil of the time, and the nature of work (such as a memorable shot of gigantic trees that dwarf the workers cutting them down). A particular delight is that the archive footage includes a suprising amount of propagandistic animation, including the 1925 Disney cartoon Alice's Egg Plant. In this entry in the studio's very early "Alice Comedies" series, a sinister Commie rooster (complete with a beard and a suitcase labeled "LITTLE RED HENSKI MOSCOW RUSSIA I.W.W.") infiltrates Alice's farm and convinces the hens to strike (and demand the opportunity to lay smaller eggs as well as to work shorter hours).

The discussion at the screening gave tantalizing hints of a particularly interesting production history, which one hopes will be discussed on the DVD; the filmmakers discussed the issues involved with the state of communications and film technology and the difficulty in contacting the original members (who were grateful that they had been "found" and could tell their stories), and a connection with feminism is indicated by the large role of women in creating the film (and that it was restored by the Women's Film Preservation Fund).

The doesn't go into analyzing the ideologies behind the IWW. One interviewee does briefly refer to the bitter conflict between anarchists and Communists in the IWW in the aftermath of the formation of the Soviet Union. And the film also briefly mentions the IWW's animosity towards the Salvation Army, which was allowed to speak on the streets while the IWW was prohibited by selective application of laws; the IWW was willing to critique organized religion's role in opposing labor, as in their cartoon of "the Capitalist System" and Joe Hill's song The Preacher and the Slave (while quoting the song in A People's History of the United States, Howard Zinn points it out as having "a favorite IWW target, the church"). Interestingly, the spirit of the IWW itself was something of a secular equivalent to the sense of purpose and unity of religion, as this quote that was used in the screening's film description points out:

You don't remember the Wobblies, you were too young. There has never been anything like them before or since. They called themselves materialist-economists, but what they really were was a religion. They were welded together by a vision we don't possess.

In another interesting indication of the ideologies behind the IWW, one of the advisers listed in the credits is Ronald Radosh. Although he is currently a David Horowitz-style neocon, he was a New Leftist at that time. In the same era, he was also collaborating with libertarian Murray Rothbard; they co-edited the 1972 anthology A New History of Leviathan. On the other hand libertarians have been sympathetic to the IWW; see the late Samuel Edward Konkin 3's remarks on the Movement of the Libertarian Left's Yahoo mailing list about how the "free-market and pro-entrepreneur" attitude of the MLL is consistent with the IWW's direct action.
Posted by Joel Schlosberg at 6/27/2006 11:51:00 AM No comments:

Many posts highlight outdated websites that give ample evidence of not being updated in an inordinately long time, whether they're sites whose "Last Updated" date is more than a decade ago, which explain that they are meant to be viewed with Netscape 2.0 (or even older versions of the then-predominant browser), or which are just plain old. In this vein, the site recently posted my "foresnic notes" about a Looney Tunes website, the Non-Stick Looney Page, which has been inactive for so long that the latest addition is a group of desktop themes for Windows 95/98, and still has web buttons from 1996.
Posted by Joel Schlosberg at 6/26/2006 06:23:00 PM No comments: 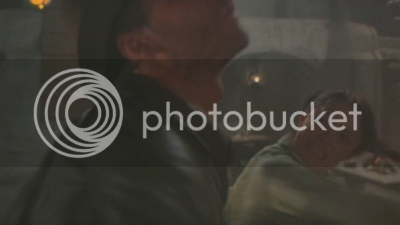 Today is the 25th anniversary to the day of the release of one of my favorite movies, Raiders of the Lost Ark. Another Indy fan has posted a detailed analysis of one of the many aspects that make it great: the spunky heroine Marion Ravenwood.

UPDATE: While doing blog maintenance, I found out that the blog I linked to, That Little Round-Headed Boy ("Happiness is a warm blog"), has disappeared. Here's a quote of part of the post that gives a flavor of what's missing:

[I]n the pairing of Indy and Marion, you have cinema alchemy, the Nick and Nora Charles of archaeology and high adventure. RAIDERS OF THE LOST ARK really isn't an action movie, per se. It's also one of the great romantic comedies. At the very least, it's a Howard Hawks-style adventure romance, in which the bickering way the characters keep hashing over their past history is just as important as the MacGuffin they are chasing.

And Karen Allen's Marion is crucial to that. She helps define Indy, helps complete him. With her in the picture, he's more than just a one-dimensional action man, he's a guy with interesting colors, a guy with a dark past whose maniacal devotion to relic hunting has led him to treat the young Marion shabbily. Indiana Jones is not James Bond with a fedora and whip: he broods over his cavalier deeds and is a little worried about a reunion with the woman he discarded. He may court extreme danger, but who is he really scared of? Marion Ravenwood.

Part tomboy, part glamourpuss, Marion is the role that Katharine Hepburn, Carole Lombard, Jean Arthur or Myrna Loy would have reveled in: the smart, spunky, independent spirit. Allen, with her bright eyes, freckles and appealing comic grin, is simply terrific. She physically throws herself into the role, making you believe she's a female Rick Blaine (running her own bar in a terrifying, remote outpost, besting the natives in drinking contests, waiting for Indy's Ilsa to come strolling back in one day.)