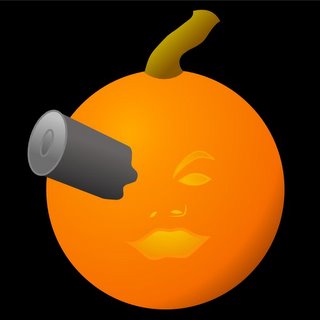 Roderick T. Long's recent post about the merits of Jules Verne reminded me of this. I recently was pretty shocked to find out that the most widely available English translations of Jules Verne's books are totally mutilated and inaccurate. As much as 1/4 of entire books are cut, including in particular much of the social and political material, giving the impression that Verne didn't deal with those issues. For example, the most available translation of 20,000 Leagues Under the Sea was done by a clergyman who decided to omit all mentions of Darwin. Much of what is kept doesn't fare much better: in that same translation, Nemo's figure for the density of steel was confused to make it lighter than water. Most of these hack translations were done in the 1800s, but are still widely reprinted today, with little awareness about them. In contrast, the translations into other languages are generally okay, and in the non-English-speaking parts of Europe the sophisticated aspects of Verne's work are well known. Walter James Miller's article "The Rehabilitation of Jules Verne in America", by one of the main advocates for re-translating and rediscovering Verne, is a good overview of the situation. (I have to disagree, though, with his conflation of adult fiction with sophistication and children's fiction with lack of it; especially since a large portion of serious science fiction readers are what Isaac Asimov called "intelligent youngsters".)

Shortly after finding this article, I stumbled upon and bought a used copy of Miller's annotated version of From the Earth to the Moon, which he both translated and annotated with copious explanations of the many references in the book. This is truly how Verne should be read! He points out that the book is as much a political satire (and a prescient one, foreshadowing the role of the military-industrial complex in spaceflight) as a technical account of the details of manned spaceflight; he even judges it to be among Lysistrata and Catch-22 as one of the great antiwar satires.

Other accurate new translations have appeared, including one of Journey through the Impossible by secular humanist publisher Prometheus. (I've previously listed some of their more interesting and unusual titles.) Unfortunately not all of the newer translations are completely free from problems either; Roderick (in an email) pointed out a site about some problems in the 1996 translation of Verne's rediscovered Paris in the Twentieth Century, (can it really be a decade? I remember hearing about it at the time) and offering its own translations (and comparision to the published version) of the first and second chapters.

Aslo, an accurate modern translation of 20,000 Leagues Under the Sea by Frederick Paul Walter is available online on Project Gutenberg.